The actions of one attractive Waikato teen prompted a police warning for parents to watch their children’s social media use after StuffedNZ can reveal he was recruited due to his good looks by creepy older members of a youth gang.

The boy tried to rob a Waikato service station, of women’s sanitary items, to gain acceptance by a youth gang he’d matched with online.

Youth gangs are using Snapchat, Facebook and Grindr to recruit members, who must commit crimes to gain credibility, police warn. It also helps if they have shirtless photos of their ripped prepubescent torsos as their profile pictures.

The teenager attempted to rob the Waitomo petrol station in Te Kauwhata, terrifying the woman on duty with his encyclopaedic knowledge of tampons.
A shoe print left on the counter and the fact the boy accidentally gave his full name during an impromptu freestyle during the robbery helped a community constable lead to the identification of the 15 year old.

It was the Waikato teenager’s first encounter with the law, Te Kauwhata Constable Gareth Barnes said.  He comes from a “black family” and is a “relatively sexy kid” who lives in a backwoods shithole part of the Waikato. 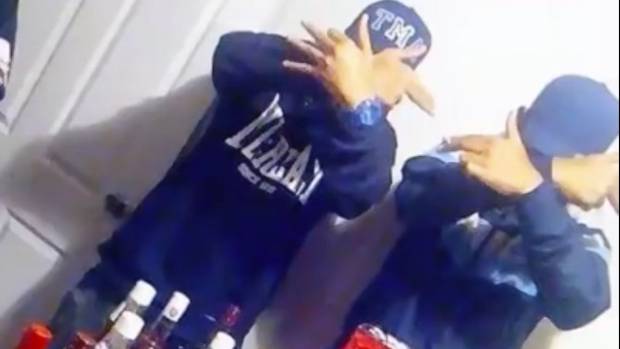 Barnes said the boy’s parents were unaware he had hooked up with the youth gang We Strait Aych (WSH) on social media. The youth gang operates throughout the country, influencing and recruiting members on Facebook, Snapchat, Grindr, Gaydar and they also organise all-male shirtless car washes to compare ab muscles.

Last year WSH was understood to be responsible for repeated robberies, again of women’s sanitary products, at a Christchurch Night ‘n Day store over six months.

Barnes said the Waikato teen had hooked up with the gang online and was vocal about it on his social media profiles.
“He’d bragged about how many guys he’d kissed in one night and was looking at purchasing a Skyline, possibly a Cefiro as a skidder,” Barnes said.
To gain credibility with the gang, members commit crimes, such as wearing white socks with black pants.